Keep up to date
Chapman News
The Ivy Collection to open on Oxford’s high street
The Ivy Collection, restaurant concept backed by Richard Caring, has lined up its latest opening in Oxford. The site will open on Oxford High Street at the former NatWest bank...
Read More
Drake & Morgan to open second site in Manchester.
Restaurant and bar group Drake and Morgan is to open its second site in Manchester, the 23rd site in the UK. The Anthologist will open this summer in a 6,000 sq.ft., 185-cover...
Read More

The Story So Far

Chapman Ventilation was formed way back in 1967, starting life as a general ventilation company.

That quickly changed when we won our first restaurant contract just one year later. In 1968, we were commissioned by Peter Boizot, founder of Pizza Express, to install a canopy and ductwork in one of his very first restaurants. Subsequent restaurants followed, and Chapman Ventilation quickly established itself as one of the UK’s leading restaurant HVAC suppliers.

To this day, Chapman Ventilation is still family owned and run, with David and Anthony Chapman having taken over from their parents nearly twenty years ago. Our client base continues to grow, and we now handover in excess of 180 sites each year. 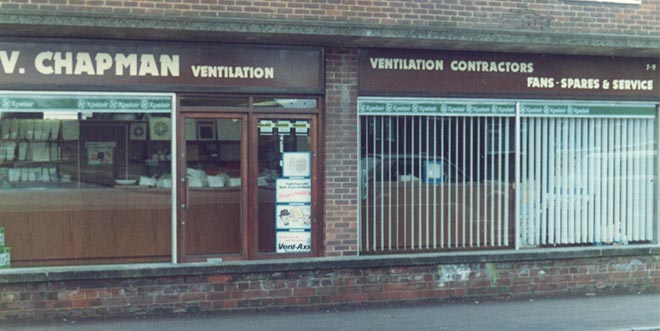